This major study explores the spatial history of the Dutch East Indies as an imperial formation between the early nineteenth century and the end of empire. It consists of six in-depth case-studies on pertinent themes such as rural capitalism, indirect colonial rule, border politics, coolie circulations, un-modern nationalism and the beginning of Indonesian independence. These studies are set within a novel theory, which connects local, intra-imperial, transimperial and global history in the format of specific topochrones. As such this book is a contribution both to Indonesian transcultural history and the field of New Area Studies.

<strong>Vincent Houben</strong> is professor of Southeast Asian History and Society, Institute of Asian and African Studies at Humboldt-Universität zu Berlin. He studied history and Indonesian languages at Leiden University. He obtained his Ph.D. in 1987 and became a lecturer of Indonesian history at the same university. In 1997 he moved to Germany. His areas of research are modern Southeast Asian history (nineteenth and twentieth centuries), colonial history, labour history, memory studies and area studies theory. He published several books and over ninety scholarly articles.

Developments in the field of area studies — goaded by the analytical deconstruction of world regions from their geopolitical sense — have deeply affected the knowledge production from societies and cultures located in the politicized compartmentalization of the globe. With this series, the editors and authors wish to contribute to a reformulation of sensibilities in area studies which emphasizes the epistemic value of contextualized knowledge production. Starting with the notion of Southeast Asia, books published in this series will contribute to a more nuanced understanding of regionality based on a multidisciplinary approach. The series represents an outlet for young scholars intending to publish their degree theses; and for established scholars who are looking for a place to republish out-of-print books. We also encourage scholarly collectives from the regions to publish collaborative works or edited volumes on topics that usually will not attract the attention of big presses due to their transdisciplinary orientation. 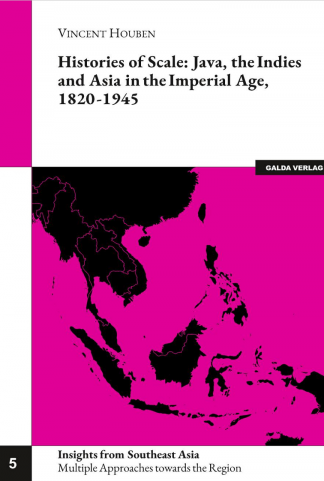