View cart “The North Coast of West New Guinea” has been added to your cart.

This volume is one of four covering The North Coast which makes up the bulk of West New Guinea. The other three are Introduction to West New Guinea, The Highlands of West New Guinea, and The South Coast of West New Guinea.
The main purpose of these books is to give a summary of the history and cultures of the western half of the island of New Guinea.
West New Guinea’s north coast saw sail-bys and a few landings by various European ships, starting in the 16th Century. Biak Island hosted the most important traditional Papuan sailors (read: trader-warriors) in pre-colonial times. The island’s inhabitants continue to hold a leading role today, thanks to the widespread educational facilities that produce many top civil servants.
For most of the colonial period, the town of Manokwari was by far the most important urban area on the north coast. Christianity was introduced to West New Guinea from there starting in 1855 and the town was the center of commerce and government. That changed drastically during WWII, when American military engineers constructed a huge and efficient infrastructure around Jayapura and Sentani. After the war, the returning Dutch government made Jayapura the capital of West New Guinea, and Indonesian officials followed this example after 1963.
The North Coast of West New Guinea covers a number of basic social topics such as kinship, social structure, and marriage, along with languages and the area’s pre-contact material culture. Some aspects of the old cultures were still present until quite recently. Some of the major ethnic groups merit chapters of their own. However, this book is definitely not a complete volume about all the different Papuan groups in the area. Far more research needs to be done for a more complete picture, as many ancient traditions are fading from memory. 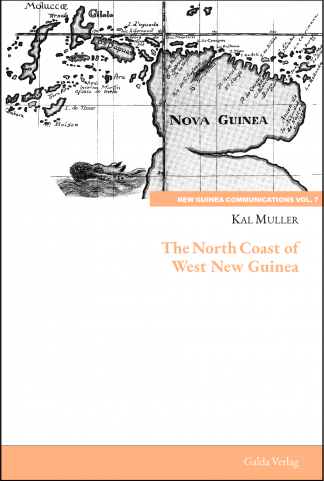 You're viewing: The North Coast of West New Guinea €45.00
Add to cart