The 23 March 2018 issue of the Weekend Courier (PNG) pays tribute to Chris Owen in the following terms: “I do not know of one other culture whose children will inherit a film heritage such as the one Chris Owen has given to the people of Papua New Guinea.”

Pascale Bonnemère has transcribed a series of long conversations she had with Chris Owen, between 2013 and 2017, which paint a vivid picture of the life and work of this dedicated author of the most famous films on the country (e.g. The Red Bowmen, Man without Pigs, Tukana and Bridewealth for a Goddess). Completed by contextual information and photographs from his archives, the present volume constitutes a valuable testimony on a key period in the history of Papua New Guinea as experienced by a committed left-wing expatriate who spent almost 40 years of his life there and became a child of the country.

Pascale Bonnemère is a senior researcher in social anthropology at the National Centre for Scientific Research (CNRS) and a member of the Centre for Research and Documentation in Oceania (CREDO) in Marseille. She has been doing fieldwork in the Fringe Highlands of Papua New Guinea for more than 30 years. Her main research focuses on gender, kinship and life-cycle rituals. Her last book, Acting for Others: Relational Transformations in Papua New Guinea, was published by HAU Books in 2018. 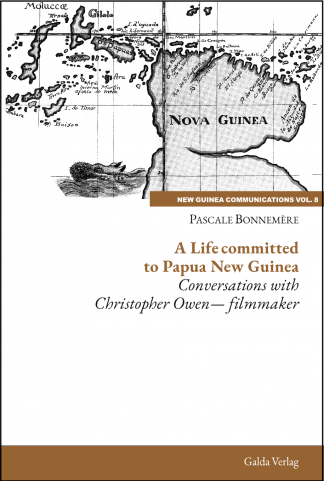