The Image(s) of Women in Nigerian (Nollywood) Videos

The study explores the representation of women in the video films produced in the Nigerian video industry, otherwise known as Nollywood. It uses a feminist approach to map out the most dominant images of women in Nollywood videos. It argues that the narratives adopt perspectives that are informed by traditional, patriarchal and Christian ideologies that valorize certain gendered notions of love, marriage, the division of labour, family life, amongst the wide range of factors that constitute and condition existence. In charting the complexities and contradictions of the latter experiences, the videos rely on the deployment of the stark and melodramatic binaries of good and evil. Consequently, the most recurring archetypes of women are those that depict them as: the incarnations of evil and immorality, as greedy and materialistic, as weak and fickle in relationships and as susceptible to a wide range of deviant and transgressive forms of behavior and identities. The thesis critically engages with the different forms of images presented and it consider what images of women should be discouraged and those which should be encouraged. The study uses five Nigerian video films – I Was Wrong, The Tyrant, Masterstroke, Omata Women and More than a Woman – to interrogate the gendered politics that lead to the imaginary representation of women in Nollywood videos. It also suggests some possible interventions and measures that can facilitate a more positive portrayal of women in Nollywood videos. 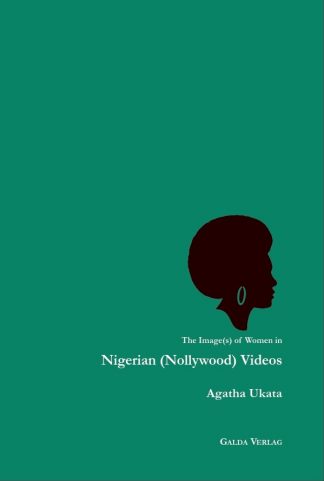 You're viewing: The Image(s) of Women in Nigerian (Nollywood) Videos €44.90
Add to cart
Manage Cookie Consent