West New Guinea, the Indonesian neighbour of Papua New Guinea is little known to both the academic and scientific, and indeed the world at large, as the Indonesian government jealously guards awarding permits to researchers and foreign journalists.
Explorers and anthropologists wrote extensively about Dutch New Guinea. It is from these books and manuscripts, and newly published materials collected by Dr. Kal Muller, that we now have a concise document for anyone studying West New Guinea. A necessary primer, it gives an extensive overview—the formation of the island, its flora and fauna, peoples and cultures, early trade, and its history till the end of World War II.

Dr. Kal Muller spent 22 years working and living with two Papuan groups, allowing him access to excellent relations with not just the people but also prominent academics and scientists and their resources. 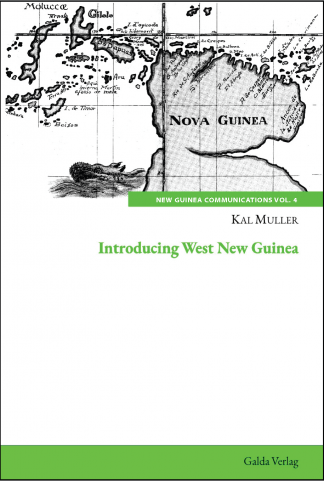