Satire in the Novels of Merlinda Bobis

This study aimed to identify the aesthetics of satire in the novels of Merlinda Bobis. It unveiled how the author literarily criticizes society in the three novels, Banana Heart Summer, The Solemn Lantern Maker and Fish-Hair Woman using the five satirical techniques and devices of satire; exaggeration, incongruity, parody, reversal and defamiliarization. Specifically, it sought to have described the novels’ theme, language, tone, structure, milieu and local color; characters’ representation and signification. The socio-political and cultural aspects are traced using food, star and hair as primary tropes. Likewise, the reality frame from the depicted societal problems in the novels is presented. The paper is a descriptive-qualitative type of literary criticism. Applied in the treatment of material was the formalist-contextualist theory. The study found that there are five particular types of Filipino/Bicolano satire as revealed from the use of the five techniques and devices of the satire as cited above. They are culture-based, and anchored from people, the locale’s history, and experiences. Bobis’ novels aim to call for a change and positivity amidst the cultural idiocies of  the Filipinos, particularly Bicolanos.

Sherill Asis-Gilbas is a professor of Sorsogon State College – Sorsogon City, Philippines. Her research  interest is on Philippine folklore and cultural studies. 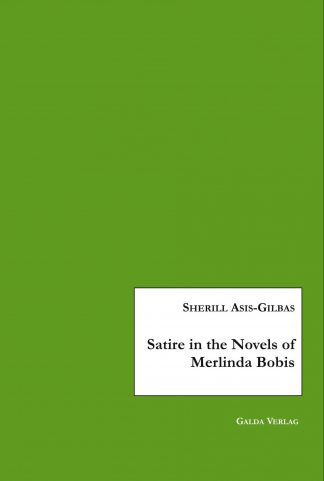 You're viewing: Satire in the Novels of Merlinda Bobis €59.90
Add to cart
Manage Cookie Consent