Sociolinguistic Study of the Jargon used by Secondary Schools Pupils

Not Yet Published. Due: November 2017

The present study dealt with a sociolinguistic study of the jargon used by secondary schools: the case of Buye High school pupils .The researcher made an investigation to find out whether the words and expressions used by those pupils were understandable by any outsider, their reason for using those words and the strategies involved in their new words creation. Fifty pupils were investigated as the subjects in the field study while five pupils were used in the pilot study. After the analysis of the answers resulted from the pupils, the study revealed that pupils of Buye High school use jargon associated with their way of living. They create jargon in order to impede communication to outsiders and to distinguish themselves to the surrounding environment. They are also strategies involved in the new words creation of the Buye pupils’ jargon. Those strategies are: affixation (prefixation, suffixation infixation), coinage, borrowing… The words and expressions used by those pupils cannot be understood to outsider unless he or she is part of the group. 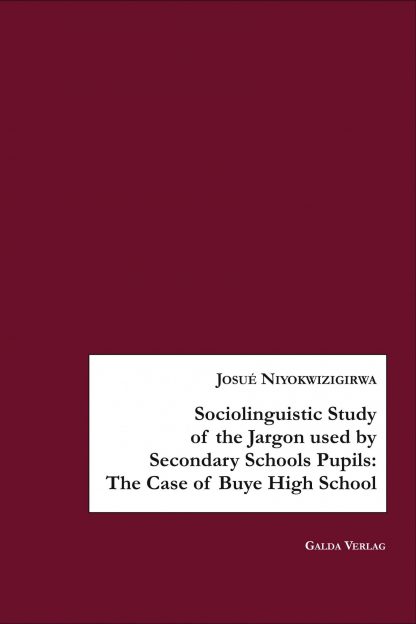