The Ati-Atihan Festival in Kalibo, Aklan, Philippines as a Literary Event

Philippine festivals have gradually responded to the challenges, especially when it comes to socio-cultural aspect. Ati-Atihan Festival is regarded as “Mother of all Philippine Festivals”. It has been known for its devoutness, distinctiveness and unrestrained revelry. The study analyzed and interpreted the Ati-Atihan Festival in Kalibo, Aklan as a literary event semiotically in terms of narrative structure; signs and symbols deployed in its recreation of the Barter of Panay, its reference to Christianity, and the merging of the past with the present. This is a qualitative research employing the methods by Propp and Greimas for the narrative structure; Turner and Schechner for the performance; Peirce, Barthes and Eco for the signs and symbols; and Eugenio for the cultural meaning of folk literature presented in the festival. Various signs were found in the festival, which were interpreted to have denotative and connotative meanings and were classified into three codes as iconic, indexical, and symbolic. The festivity is a spectacular articulation of the wedding between the Christian conviction and the Filipino ethnicity. The festival is a combination of both a religious celebration and a historical commemoration. It is a fusion of historical pageantry, pagan revelry, religiosity, and modernity. It circumscribed by strong family and religious ties, and shared antiquity and tenet, endures as the most cherished tradition, a distinctive legacy handed down from generation to generation. 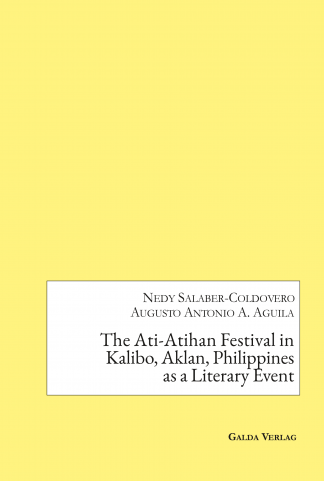 You're viewing: The Ati-Atihan Festival in Kalibo, Aklan, Philippines as a Literary Event €47.00
Add to cart
Manage Cookie Consent