Indonesia’s easternmost landfall, is also its final hidden gemstone; from the depths of its oceans, to its rich mangroves, lowland and montane rainforests, alpine tundra and equatorial glaciers and its highest peak between the Himalayas and the Andes, few have had the chance to explore its secrets. Home to the world’s richest coral reef, a par exemplar of terrestrial biodiversity, and a nexus of over 250 of the world’s spoken languages, it awaits discovery.
Landscapes formed by millions of years of bigeograhical evolution, thousands of species of exotic flora and fauna, and traditional peoples whose histories, cultures and traditions stretch back 50,000 years are all found in this paradise.
Journey with Kal Muller through this Photo Album and see the faces and places of West New Guinea that have left indelible marks on his 20-year sojourn and memory of this unique corner of the world.

As a photographer/writer/filmmaker, Kal Muller spent his life documenting the cultures of traditional peoples, having published in National Geographic, newspapers, travel magazines and guides, and books in different languages. Kal first visited West New Guinea in 1989. Then 1995, he became a Cultural Consultant for Freeport Indonesia. This has allowed him unprecedented access to some of the people groups with whom he became very close during his 20-year stay. 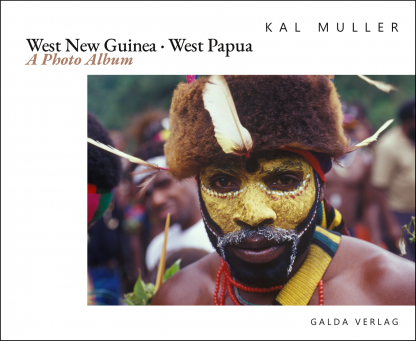