Dance of the Mask sets the history of the first flowering of Papua New Guinea contemporary literature and arts firmly in place so that it cannot be forgotten or brushed over or denied; the plant was always there in Papua New Guinea of course and still is. As a history, it describes the people involved and the quality of the cultural efflorescence – Ulli and Georgina Beier, John Kasaipwalova, Greg Murphy and the Raun Raun Theatre artists and their remarkable contributions to this historical conjuncture – the Papua Pocket Poets series with their visual art covers, the epic poem Sail the Midnight Sun by John Kasaipwalova and the resulting trilogy of folk operas by Raun Raun Theatre performed nationally and internationally and in Europe to great acclaim at the Edinburgh Festival in 2007. The book philosophises that culture is always changing and that literature and the arts should be influencing that process of change.

Dr Greg Murphy PhD OL, poet, theatre director and educational administrator, has lived in Papua New Guinea for the last fifty years working at tertiary institutions but from 1975 to 1984 starting and developing the national cultural institution called Raun Raun Theatre. In 2007, he was awarded an OL by the Government for his contribution to education and culture. 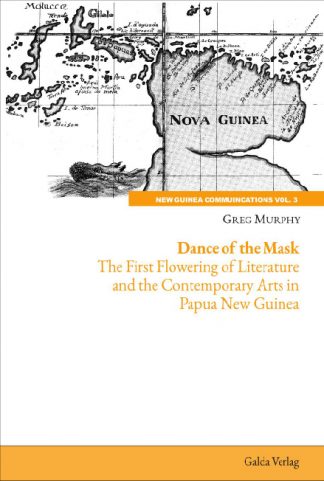 You're viewing: Dance of the Mask(PDF) €29.99
Add to cart
Manage Cookie Consent