This book evaluated the underlying principle of retributive theory of punishment behind the application of death penalty fort the offenders and appraised the practice of death penalty by assessing the administration of death sentence through the mode and manner of execution.
The study found that death penalty met some objectives of punishment; retribution and deterrence, although there are divergent public views and opinions on the subject.
The author concluded that Nigerian society still needs death penalty system against the backdrop of incessant brutal killings, violent crimes, insurgencies, hate crimes so rampant and prevailing in recent times while identified shortcomings in its operation should be addressed in order to make it more functional; and that it is the system of trial rather than the punishment is prone to errors.

Adeniyi Olatunbosun PhD, is a Professor of the Department of Jurisprudence and International Law, University of Ibadan, Nigeria. His research interest is on criminal justice, private international law, industrial/ energy law. 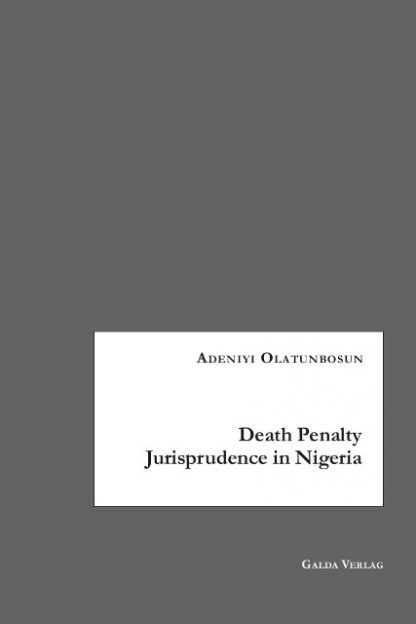