Essays on Feminism, Violence and War in English Drama (PDF)

This book is a collection of eleven critical essays on English drama from the Renaissance period to the postmodern era opening insights into feminist issues and contrasting traditionalism and modernity.This book is mainly based on the English drama, exploring feminist issues, the struggle between women and men throughout history with women trying hard to subvert and shake off the yoke of male power and domination and men trying hard to maintain the status quo. A selection of plays by William Shakespeare, Bernard Shaw, Oscar Wilde, Caryl Churchill, W. Somerset Maugham, David Hare, Henrik Ibsen and Edward Bond is thoroughly studied to allow the readership perceive class and gender issues and their relationship with modernism and postmodernism. Specifically, an emphasis is laid on the representation of modern women and the new roles they play against the traditional ones that were in force in the traditional English society heralding the Modern Age. Issues such as women liberation, women emancipation, women fulfilment and women freedom in modern society are studied in relationship with the aesthetics of traditional and modern drama based on the challenges of women emancipation, changes in the society, sexual politics, sexual liberation, obsession of violence, war mania, perversion and subversion of traditional values, etc.

Paméssou Walla is a prolific English literature scholar, a senior lecturer of English literature at the University of Lomé. He is the author of the book entitled Human Nature and Tragic Vision in three Plays by William Shakespeare: A Psychoanalytic Reassessment of Macbeth, Hamlet and Othello. 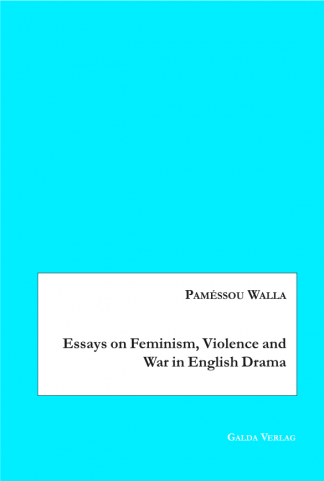