The Highlands of West New Guinea

A long broad stretch of real estate covers the central highlands spine of West New Guinea. This wide mountain range runs from the Paniai Lakes region and continues across the international border into the neighboring country of Papua New Guinea.
This book deals with the land and main language groups of the Indonesian side of the island, namely the Amungme, the Dani, the Lani, the Moni, the Me, the Yali, the Ok and the Mek. Most of the Papuan population lives in the highlands. This area was unknown until the 1930s. In the west, or the Dutch side of the island, the first government post of the highlands was located at Enarotali, bordering one of the Paniai Lakes. From there, American Evangelical missionaries pushed their way to the east, proselytizing the Papuan groups until they finally reached the Baliem Valley where the first post was open in 1954.

Dr. Kal Muller spent 22 years working and living with two Papuan groups, allowing him access to excellent relations with not just the people but also prominent academics and scientists and their resources. 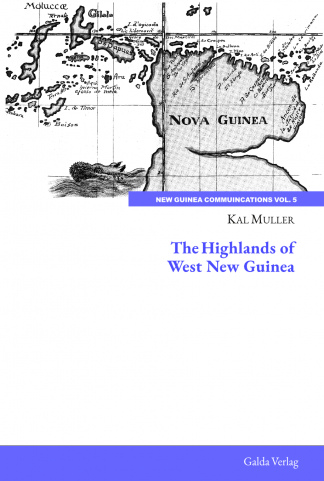