The South Coast of West New Guinea holds a number of well-known cultures,
along with several other less researched ones. In the late 19th Century, the headhunting activities of the Marind operating in then-British New Guinea required the establishment of a Dutch military post at Merauke to stop the cross-border raids. A number of excellent ethnographic studies of the Marind have given us a rare understanding of this ethnolinguistic group in its pristine state.

The Asmat were the last major group to be brought under Dutch control. This did not occur until well into the 1950s. The young son of the then-governor of New York State, Nelson Rockefeller, died while collecting Asmat carvings – probably by drowning but possible by being killed by a group perhaps still practising head-hunting. Missionaries of the Roman Catholic Church in the Asmat area helped to preserve the artistic talents of this group and helped them to retain a measure of pride in their way of life.

The Kamoro also produced excellent woodcarvings. A portion of their land has been by the mining company, Freeport Indonesia in their lowlands infrastructure development. In return, the company offers various development programs to them (along with other Papuan groups) covering their economy, education and health necessities. Support for their woodcarving tradition is given through a locally-run foundation.

Our texts emphasize what is known of the traditional elements of the various South Coast cultures. Now that warfare, cannibalism and head-hunting have stopped, the groups are considerably less ‘exotic’ but still present a fascinating way of life. 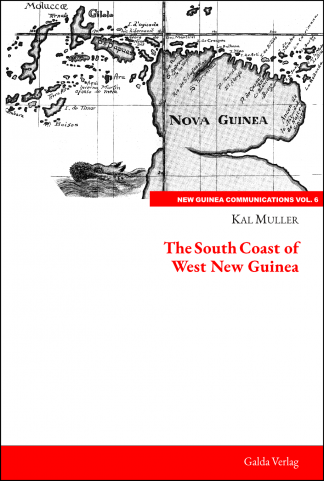