Lexicon of Reduplicated Words in Ewe

Ewe belongs to the Kwa branch of Niger-Congo family of languages. Reduplication extensively occurs in the Ewe language and forms part of the most common features of the language. Other features are tone, verb serialization, and the predominance of basic CV syllable structure in the language.
The lexicon is presented in a dictionary format which generally consists of listing the word alphabetically and as spelt including its pronunciation, grammatical class, meaning, and a possible example sentence or phrase in which the word may occur.
Linguists might be predominantly interested in this lexicon as a working tool. Additionally, different populations might see it as a useful reference material, namely; Ewe readers in general, students of Ewe or simply people interested in the language for practical reasons. 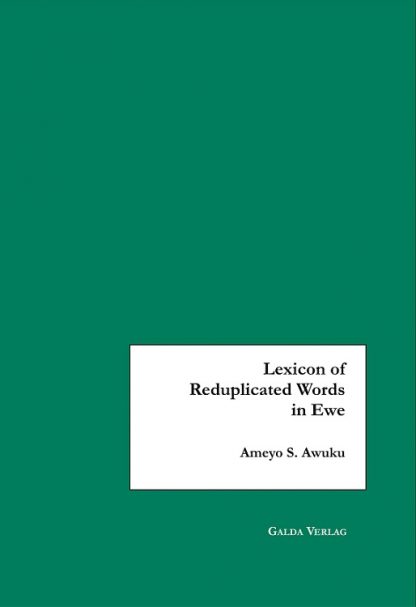