The book examines the relationship between humanism and setting in the fiction of Albert Camus and Alex La Guma. It first defines humanism as the general concern for anything which promotes human values and human dignity, and setting as the temporal, spatial and other circumstances in which a narrative takes place. The fiction of Albert Camus reveals that Camus’s concern for humanism in a world of nihilism and the absurd captures the spirit of the Second World War period and its aftermath, instilling in the writer an advocacy for solidarity and revolt among oppressed individuals. An analysis of Alex La Guma’s fiction portrays him as a writer who succeeds in establishing links between Apartheid and Africans’ state of dehumanization. In both writers’ works, revolt is valued over resignation, solidarity over individualism. 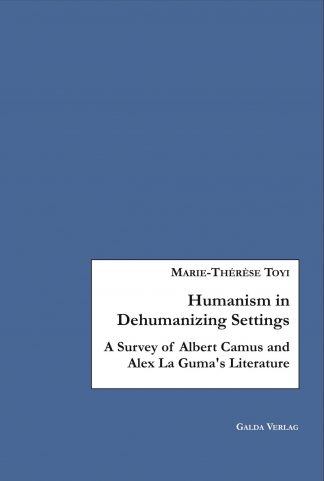