Portraits of Papua New Guinea is a collection of over 200 pictures of its natives taken between 1997 to 2016. Each photograph tells a unique story. While the country has been portrayed as „the last unknown“ or the „land of the unexpected“, the photographer Nicolas Garnier showed the opposite. The people appearing in the book are described with captions about their stories, their history, their hopes and expectations. Centered around individuals rather than anonymous tribal stereotypes, they all tell a sensible and moving history of the largest Pacific Island country.

Nicolas Garnier is an anthropologist who has been working with Papua New Guineans since the mid 1990’s. For over twenty years, he has made portraits of his adopted family members, his colleagues and friends. While he was based in Port Moresby at the University of Papua New Guinea, he traveled in the country with a special attachment to Chambri Lakes, where he conducts his core anthropological research. 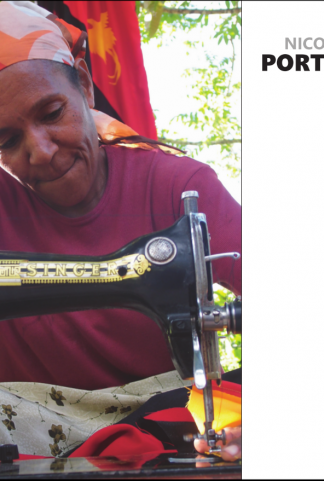 You're viewing: Portraits of Papua New Guinea €125.00
In den Warenkorb