Myths and Magic of Melanesia(PDF)

Professor Colin De’Ath and Mary R. Mennis were both doing research in the Madang area in the 1970s. While Professor Colin was working on the Gogol area researching the effects of the Trans-Gogol Timber Project on the local villagers, Mary Mennis was doing research into the culture of the coastal Madang people and changes that had occurred over the years. At that time, they collaborated and published »Merging Men and Nature: Myths of Melanesia«. The original version was published in Oral History in 1981, and recently it was decided to republish these myths to make them available to a wider readership. In this latest edition, a few modifications have been made to make the stories clearer. Also some myths and oral traditions have been added.
The myths presented in this book are from Madang, Manus Island, the Sepik area, the Highlands, New Britain and the Port Moresby area of Papua New Guinea as well as two from Irian Jaya. They are grouped under categories like Origin of Pottery, Two Brother Myths; Myths about mountains and Origin Myths for ease of comparison.

<strong>Mary Mennis</strong> has a Masters Degree in History from UPNG and a Masters Degree in Social Science from James Cook University. She was an Honorary Research Assistant at Queensland University for many years. Her research in Madang is also found in the book: « A Potted History of Madang: Traditional Culture and Change on the North coast of Papua New Guinea » published in 2007. During their time in Madang, Mary developed a deep appreciation of the culture of the village people and her family attended many gatherings and feasts.

<strong>Professor Colin De’Ath</strong> was born in New Zealand and later moved to Canada where he studied at the Faculty of Environmental Studies, University of Waterloo, Ontario. In the 1970s he volunteered with the Canadian Overseas Services and became a citizen of Papua New Guinea. He studied the influence of the Jant timber industry over the culture of the Gogol people near Madang PNG and wrote extensively on this subject. Colin subsequently worked with the Manus government and later moved to Thailand where he worked with the Overseas Education Department. 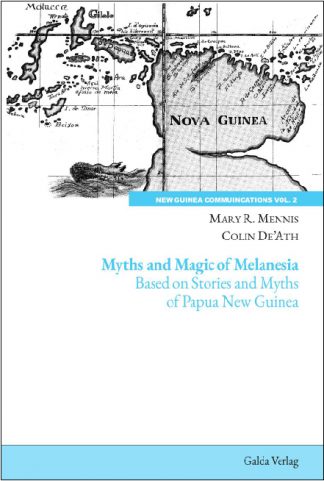