Nigerians on Mission in the British Southern Cameroons

Nigerians    on    Mission    in    the    British    Southern Cameroons is a succinct account of  the efforts made by Nigerian  officials  in  the  British  Southern  Cameroons  to annex    and    Nigerianise    this    territory    which    was historically,  ethnically,  geographically  and  economically related  to  Eastern  Nigeria  or  Igbo  Land.  The  author examines the important role played by Nigerian military and  non-military  personnel  in  the  British  conquest  of German   Kamerun   during   the   First   World   War,   the exploitation   of    the   economy   of    the   territory   by Nigerians, the “civilising” mission of  Nigerian teachers and civil servants and the struggle by the political elite to retain   the   Southern   Cameroons   within   the   Nigerian polity.  This  mission  of   annexation,  colonisation  and “civilisation”   failed   because   of    the   atrocities   and barbaric  acts  of  the  “imperialists”  and  largely  because the  Southern  Cameroon  nationalists  resisted  Nigerian domination  and  the  attempts  to  make  their  home  land “a  colony  of  a  colony”.  The  merit  of  the  book  comes from    the    use    of    abundant    primary    sources    to demonstrate   that   some   Africans   attempted   to   use European  imperialism  to  acquire  additional  territories for their kingdoms and states. 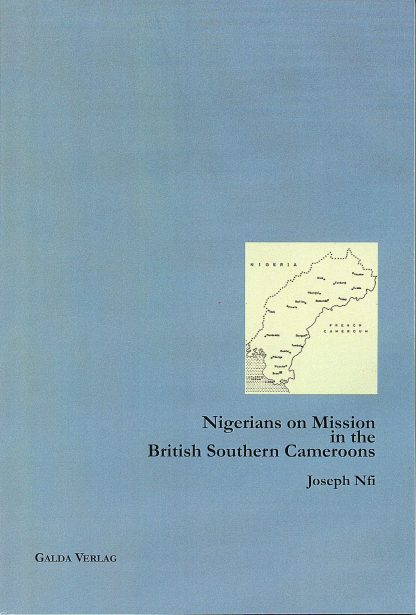 You're viewing: Nigerians on Mission in the British Southern Cameroons €54.90
Add to cart
Manage Cookie Consent